As our mission implies, BloomBack aims to empower marginalised individuals. Here are the stories of our beneficiaries who have defied all odds and shine as resilient and skilled artisans today, making them role models to those around them. We are looking forward to empowering more of such individuals and giving them second chances in life through our social cause. 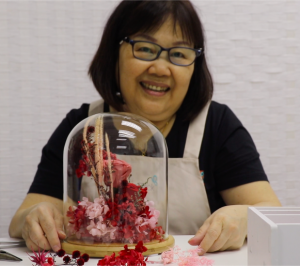 Aunty Alice is a floral artisan at BloomBack who handcrafts our preserved flower arrangements.

As a single mother of 3, Aunty Alice had to find ways to provide for her children in their younger years. She became a hawker and worked tirelessly for hours everyday, with little support from family and friends.

Struggling with a lot of debts left by her ex-husband, Aunty Alice had no choice but to take on multiple jobs to make ends meet in order to provide her children with a bright future.

Raising 3 children single-handedly is not an easy feat, but there was more for Aunty Alice to handle. Her first daughter was born with hearing impairment and was also diagnosed with an eye disease and became partially vision impaired during her early adulthood, which made her lose her self-esteem. Aunty Alice was very understanding towards her daughter and ensured she felt no different from her fellow peers.

Aunty Alice’s son was not an easy child to handle too. Due to a broken family environment, he ended up with bad company, with whom he got involved in fights and abused drugs as a means of escaping reality. Her 2 children fell into depression at some points in their lives which was a painful phase for Aunty Alice as she had to witness them go through distress but was unable to do much to help them.

Aunty Alice’s younger daughter witnessed the stressful environment growing up and it’s through adversity that she learnt to persevere and be a pillar of support for her family.  She had to work and study at the same time to contribute to their financial stability. With the desire to help people with mental health issues like her siblings, she started a social enterprise a few years later to spread love and hope through flowers. It was then where Aunty Alice was given a golden opportunity to pick up a new skill that she enjoyed after the stressful years of slogging for the sake of her children.

At a mature age, Aunty Alice showed us that it is never too late to learn and dived into the art of floristry and continues to design all the arrangements with love and precision till date. She pours her heart into every creation to bring joy to every sender and recipient. Her skills and exemplary quality of work has garnered positive feedback from her co-workers and customers alike.

Aunty Alice has been through tough times most of her life but she never once thought of giving up. She remained strong and became a role model to her children by proving that challenges are simply opportunities to learn and grow.

Here’s a special collection of Aunty Alice’s flower arrangements and the meanings behind her creations. 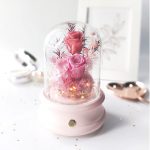 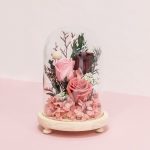 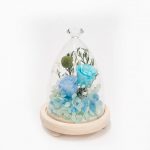 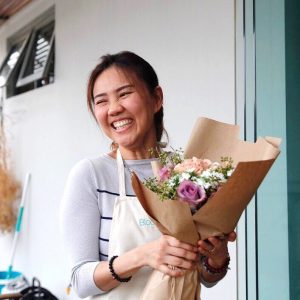 Faith is a floral artisan at BloomBack, who designs motivational gifts which are available to you on our website. Aside from this, she conducts our personal and corporate workshops, which has inspired many participants to continue supporting us in their own ways.

However, life has not always been kind to her. Behind the genuine smile and determination, lies a number of hurdles that Faith had to undergo. She was constantly struck with challenges for more than a decade, leading her to the point where she went to the extreme of taking her own life.

Faith was born hearing impaired and was diagnosed with Retinitis Pigmentosa 12 years ago – a degenerative disorder of the eyes that causes tunnel vision. She is unable to see the things below her waist clearly and has difficulty differentiating colours. Her doctor advised that there is a possibility she would eventually go blind. This was a huge blow to her and she started worrying about how her life was going to change.

Her physical impairments affected her daily life and she found herself feeling down and unworthy every other day. She was rejected from many job interviews and those which were inclusive and accepted her, eventually lost their patience managing an employee with hearing and vision impairment. Such incidents crushed her confidence and affected her mental health.

Amongst these struggles, she was still hopeful as she was married and felt secure knowing that there was someone to stay by her side and take care of her. Unfortunately, her marriage fell apart and she got a divorce 2 years ago. Physical disabilities, unemployment and now facing the painful fact that her life partner was no longer there for her led to depression.

In an attempt to cheer her up, Faith’s sister Hazel brought her along to her friend’s wedding and decided to bring back all the flowers as Faith was in awe of them. Together, they repackaged the flowers into bouquets and gave them away to lonely elderly residents and families facing financial difficulties at Beach Road. This incident was a life-changing one for Faith.

The priceless smiles that she saw on the recipient’s faces made her realise that there is always a way to make someone else happy, no matter what she was going through. As BloomBack started, Faith joined the team as an artisan and became the instructor at our workshops. She has since gained happiness and hope through meeting people who fully accept her and her commitment towards her work, which made a positive impact on her mental health.

Looking back, she never thought that her life would take a turn for the better. Even though her hand drawn creations take more time to complete than others due to her eyesight, they are filled with love and passion. With BloomBack’s guidance and emotional support, Faith has found her true purpose, and continues to be an inspiration to people from all walks of life.

Here’s a special collection of Faith’s creations and the message she wishes to deliver. 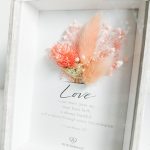 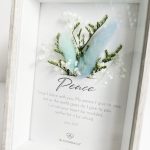 You will find peace not by trying to escape your problems, but by confronting them bravely